Smile for the camera

He was of an age when he knew he didn't want snatches of reality - no, no, reality was already all around him, he'd had more than enough reality.

He wanted a false joy, the kind of happiness only captured in an instamatic, the image that would was all at once meaningless and meaningful.

In later life he'd write for hours on end about the false smiles that don't reach the eyes, about what those expressions really mean, what's really going on beneath the surface, the realities that can be extracted from the falsehoods.

But - not this picture. It's difficult not to smile when your darling boy is playing at monsters, when he is wishing he were where the wild things are, where his eyes lived atop his head (and yet within the camera he used to hide his false face, since at present he was clearly a monster)

It was this picture he would keep on the wall. 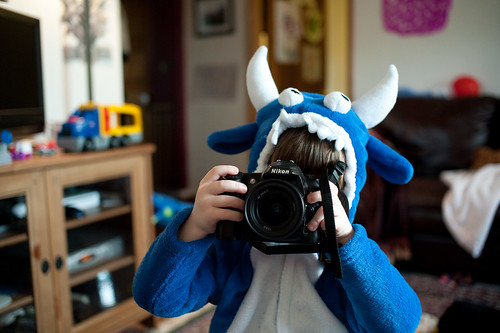