The beam swept across the water. The waves glistened in the darkness, tiny bumps of light in front of the tall tower. Her eyes had been scanning the glistening waters ever since the sun had set and she had realised his boat was not moored at the jetty with the others. Guy and Tom had walked along its wooden boards, dropped their eyes and tugged their caps when they'd seen her, but they'd made no mention of him. She'd almost called out after them, asked them where he was, but stopped herself before the his name could push itself from behind her teeth. The lump in her throat was growing bigger, her eyes growing tighter as her gaze followed the beacon's path. Where was he? Why wasn't he back? This wasn't like him. He'd been gone too long.

Without turning around, she shook her head. 'Just a few more minutes.'

'All right,' said the voice with a resigned sig 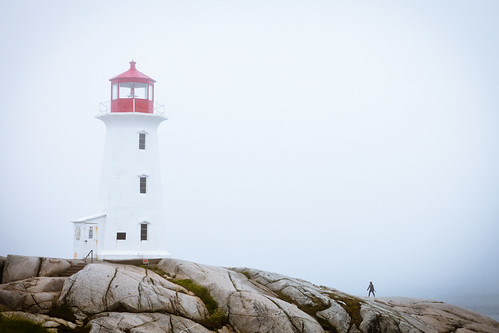 Image by Benson Kua:
Write your own story to this prompt Read 14 stories