Freddy knew once he'd started to hallucinate he was Napoleon that he'd smoked a joint too far. Or Allison had sneaked something strange in there. His mouth tasted of ash and flecking leaves.

We're all eating cake! he shouted. He couldn't hear very well in his left ear, it seemed to echo there. His voice was strange. Tiny, as if he were a mouse.

Agatha, who was currently drinking blood from a wineglass, told him that was the wrong thing to say. He wasn't Marie, now was he? And even then that wasn't what she really said.

Freddy didn't care what she said or who she was. He wanted cake or something sweet. Something to wash the dirt from his teeth. He found a girl with strawberry hair and that was close enough.

She didn't even mind when he asked her to call him Emperor. 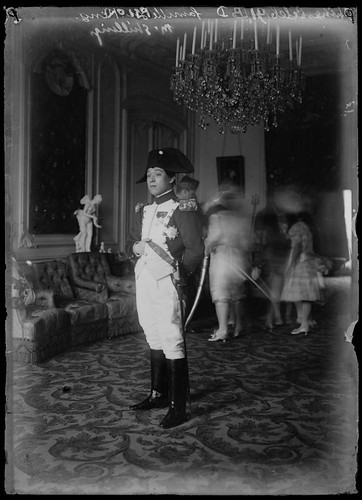