Void of Voids by TyUnglebower

Most voids were black. Or so he thought. In literature. in movies and television. When there was a void, one saw a large blackness that stretched into infinity, broken up only by the colors of whatever object the story placed in the middle of said void, in order to enhance its enormity.

But he stood now in a white void. Had it shone brightly he may have concluded he was dead, or dying. But it was just a whiteness without a brightness. A dull white, if such a thing were possible.

The woman had not walked into the space. Rather she had "faded in", for lack of a better term. Gradually coming into view in the middle of all the whiteness. She stood about 20 feet away. Or what would be 20 feet in the regular universe, and he wasn't sure if he was in that universe at the moment.

"What do you want," he called to the woman. "Have you come for me?"

The woman adjusted her position to face more towards him, and answered, "I am always here," she said softly. "It is you that have come to me, and I should be asking what it is you want of me."

She had a point, and he knew it. Wherever he was, he had gotten there as a result of his own actions, though he could not recall what they were just now.

"If I disturbed you in some way, my apologies," he said. "I don't know how I got here, though I am sure I was trying to get somewhere recently."

The woman took several steps towards him, and stopped.

"Perhaps the question is not how you got here," she said, "or even where here is. But rather ask yourself why you wanted to leave wherever you came from."

For some reason this seemed easier to answer.

"It didn't seem to be enough," he confessed. "No matter where I went, there was nothing for me. I could accomplish nothing. I'm empty."

"Than how do you supposed being here will change any of that for you," she asked.

He had no answer. No answer at all.

Feels too familiar, too close to the story of my life. :S

I'm a freelance writer, and I'm just experimenting with this. 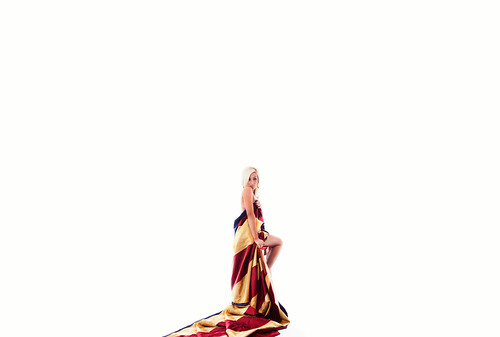 Image by CEBImagery.com:
Write your own story to this prompt Read 2 stories