The following is excerpted from IrishAbroad circa 2000:
Flashback .Sunday morning 11am...Woke up to the sound of me oulwan bawlin up the stairs..."Will ye get bleedin up, and go and get me the News of the World outside the church for jaysus sake, out til all hours last night"....Me head was bleedin spinning...I could never handle those rock shandys. I was rackin me brains tryin to remember what happened with Suzie, Phil, and Mags, and for the life of me I couldn’t remember...The waft of Kearns` sausage’s wrapped in batch loaf smothered in lashings of grease was what greeted me at breakfast (I luv me mammies cooookin)..."What were you doin with that brazzer Susan from Cabra `til 4 o’clock this mornin"..."Ah jayz ma, don’t get me started". At 12 o’clock I headed over Johnny Cullen`s hill and into "Sherriffer". (I was on me way to see me second mot, Ger). Now Sherriff Street in the Seventies was not a place for the weak of heart (They eat their young).I passed by a few burned out BMW`s (remnants of the "nascar rally" from the night before. This was a regular occurrence every Saturday night when all the kids come out for the joyriding spectacle. There were many a "Starsky and Hutch", or "Dukes of Hazzard" wannabees. As I turned into the flats I got butterflies in me stomach (I always get a little nervous here). Ger lived on the third floor of St. Laurence’s Mansions (Why do they always call them after saints). I was gettin nosy stares from two oulwans on the second floor as I approached the stairs. "Have I got ten bleedin heads or somethin?" Next a gollier landed just inches from me feet. (ye don’t mess with these "ladies"). There was no knocker on Ger`s door, so I shouted through the broken letterbox, "This is the gardai, come out with yer hands up!". Out comes Ger`s oulwan with her hair in curlers and no false teeth in. "A jayz Mrs. O`Kelly, is Ger in?"..."She’s in the bleedin jax tartin herself up."...Then out comes Ger dressed in her Sunday best...a pair of black leather loafers, "BayCityRoller" parallel jeans with a tartan stripe, a haltertop showing her bellybutton, a "Gilbert O Sullivan" sweater, and a tartan scarf wrapped around her right wrist...As you can tell, she was mad into the Bay City Rollers. (Her main claim to fame was that Woody spit on her at a concert in the National Stadium, (although Eric was her favorite)). "Hoooya" siz I..."Its me ma`s birthday next week, giv`er a goozer!" sez Ger, (Did you ever kiss a woman in curlers with no teeth?)..."She’s goin to see Tom Jones at the Carleton next week for her birthday. Yesterday she bought 6 pairs of knickers in Dunne’s stores, so that she could throw them up on stage." ..."Jayz, have ye nuttin` better te do Mrs. O`Kelly?"...So off we went down the docks for a quick smooch. We bumped into Ger`s mate Liz outside the Liverpool Bar...She was holdin up the wall, with a fag hangin from the side of her mouth. "Hoooya Liz" sez Ger..."What are ye all bleedin dolled up for?" (She was plastered with bright red lipstick, and wore hot pants that barely covered her arse)..."Mind yer nose, I’m bleedin busy right now!"...So off we went...It was only then I realized the S.V. Hamburg was docked in the harbor that weekend Then we bumped into a gang of chisellers from the flats..."Younfle...Giz yer odds" they said..."I will in me arse" sez I...Then the little bollixs` jumped me and Ger did a runner back to the flats. By the time I got up, they had scarpered off with me fiver (all I had in me pocket). "Yez scumbags, Wait til I bleedin get yez", and I chased them `til I was knackered out. ……to be continued.

eastwall99 (joined over 9 years ago) 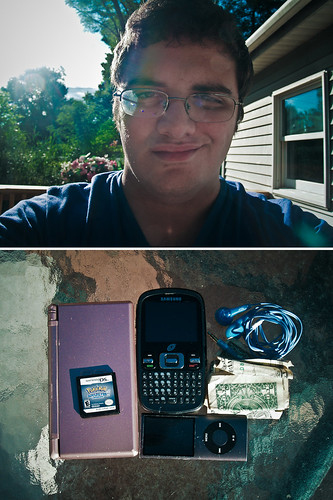