The Pirate by Anglea

Johnny, my boyfriend was aptly named. Laura, my dad's girlfriend called him 'The Pirate' because of his long dark curly hair, caught up around the forehead with an old blue and white bandana. Looking remarkably like Johnny Depp in his Caribbean pirate movies.

I suspected something was going on between them. Lots of eye contact, protracted, meaningful. And they were always joking about, you know that kind of banter where you can just feel the sexual tension.

Johnny was handsome so I suppose it wasn't that unusual. He looked mean and sexy in his long black leather coat, black boots over tight blue jeans.

The day I found them both crying over a photo of a baby gave me a most unwelcome shock. Was it theirs?

No, it was Johnny.

She is his mother. Gave him away.

Anglea over 9 years ago 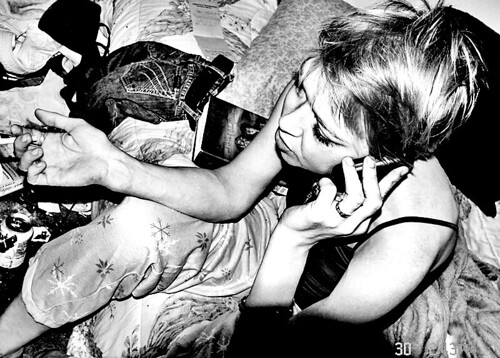 Image by goldsardine:
Prompt suggested by Galen
Write your own story to this prompt Read 11 stories