The Teleporter, Part 4 by Jimmie Cannibal

When Martin woke up, he was still in the back of the van. He didn't know, how long he was unconscious. He couldn't see anything but darkness, but he heard and felt, that the van was still driving. After a while, his eyes started to make out some details in the dark, when he spotted a tine hole in the van, through which a little light came in. He pressed his face onto the aluminum wall and tried his best to make out some details about his whereabouts. At first, all he could see was white, but then he spotted some green trees. It was snowing. There was snow outside. A moment later, the van stopped..

Jimmie Cannibal (joined about 9 years ago) 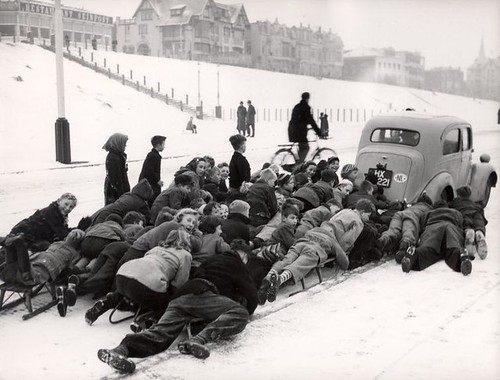 Image by Nationaal Archief:
Prompt suggested by Galen
Write your own story to this prompt Read 5 stories