A Sensibly-Priced, Spacetime-Traveling Vehicle by ganymeder

Where am I going? thought Harold Sunday as he sped through yet another red light. The intersection blurred behind him, he couldn't believe the sensation of time slowing the quicker he travelled. Marty McFly may have travelled through time in a DeLorean, but Harold blew him away with his long-distance journey in a Ford Focus. It may not have been as snazzy, but at least he could open the doors inside his garage - low ceiling be damned. At first, travelling faster than the speed of sound was disconcerting; his radio wouldn't even work, despite its being inside the car's main body with him. Driving faster than the speed of light was even more unnerving; everything just seemed to stop - everything, that is, except for him and his sensible spacetime-travelling car. But now, oh NOW, he was reaching the limit, the all out limit of what this vehicle could do. Travelling in time happened all the time, of course - FORWARD motion, at least. But with the distortion of extreme speed, he would punch a hole in spacetime and travel to the distant future in a matter of moments in his own personal timestream. He could hardly wait to find out what the future would be... will be... IS.

The light blinded him for a moment, then he was enclosed in the darkness of the surrounding Earth. He had travelled in space, he had travelled in time, but he had failed to consider how that space - the surface of the Earth, would move in that time. He may have been the genius inventor of the first, sensibly-priced, spacetime-travelling car, but in this particular coordinate, he was utterly screwed. 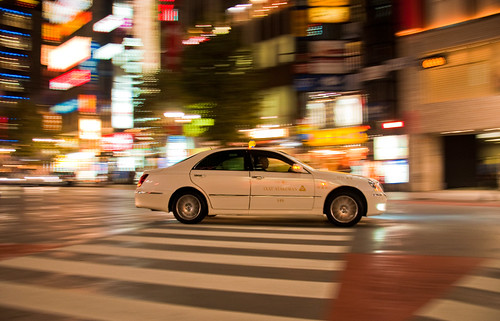