It was the ugliest building in the world, located in the festering pit of Birmingham. It was meant to be a shining beacon to all of the inhabitants; literally it was intended to reflect the sun into the slums and make the city a brighter place. The mutants that inhabited the cities ever-growing slums and shanty towns began to despise the monstrosity and watched those who frequented it with distrust, anger and jealously.

They had no idea what was inside its walls, and they would never find out.

The Duchess sipped her champagne slowly while the cameras flickered around her, showing her and everyone else on the viewing platform the growing problem of the slums.
"This city will sink under the weight of them!" A male voice cried out as a camera zoomed in on a rabble fighting over the latest food rations to be handed out. "We must do something."
"What? There are so many of them, nothing we do can help." A nearby woman chided him, rearranging the shining jewels around her wrists as she spoke. Another gentleman, older and softly spoken answered her,
"All we can do is watch and wait for them to die out, slowly eat themselves, and build their own funeral pyres. Then we can rebuild our beautiful town."

They gazed out over the masses, and waited. 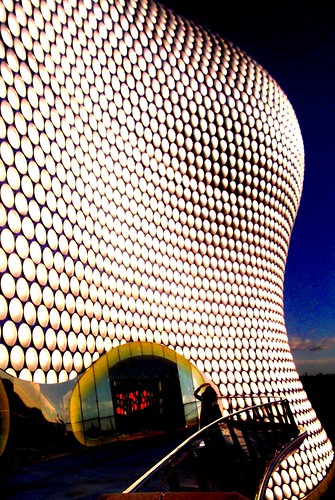 Image by Leshaines123:
Write your own story to this prompt Read 4 stories