The words from the poem mirrored the scene in front of him.
"Two roads diverged in a wood," he recited aloud.
"Which one should I take," he thought as he stood at the junction of the two paths in front of him leading down the dark forest.
He had come out for a walk to clear his head. He closed his eyes and took a step forward and another and another...
Half an hour later, he stood in front of a giant tree. He looked up into its branches and a large pile of snow fell on him. He grabbed at it with his hands and it took shape and turned into an angel.
"What on earth...?" he said as he held the ice sculpture in his hands. He began to float away as the ice floated up and soon he could see all over the forest. He woke up with a start.

Branches Add a Branch to this Story

The Dream - Part 2 by maria.konda.writing

He had had that dream again. He had dreamed about that walk and the ice sculpture many times. But this was the first time, he had floated up above the forest.
"If I hadn't woken up, what would I have seen?" he wondered.
A month later, he had the same dream again. And this time, he floated above the forest and went higher and higher into the sky.
The earth below him shrunk and everything grew smaller until the forest was just a speck in the distance.
"George," he heard a voice calling. It was the same voice he had...

maria.konda.writing (joined about 2 years ago) 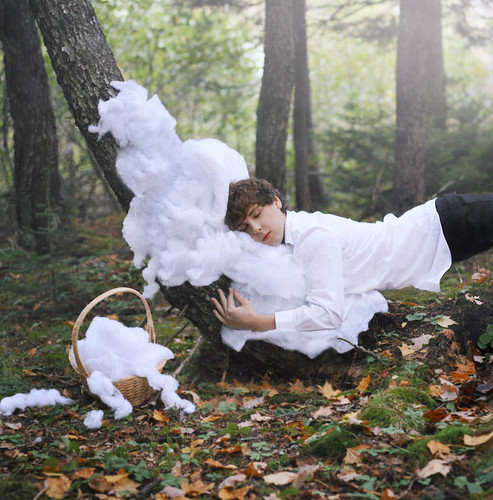