Gavin was gloating. "Enjoy your final moments, Kevin ... maybe use them to wonder how I found you. Good-bye ..."

He dismissively gestured at Paul, his personal bodyguard and hitman. Paul, with an expression of a stone, drew a nine-millimeter out of his coat and pointed it at me.

I had to stop him. "Paul, I can give you two very good reasons not to pull that trigger."

Paul said nothing. But he also did nothing. "First: I know where Kendra is."

That got his attention. He still didn't move, though. "She's in China, which you probably already know, but I can tell you what city, what address, and who they have watching her."

"What the hell do you think you're doing?" Gavin demanded, his face turning ugly. "Paul, kill him and be done with it."

I wish I could stand; unfortunately, they have me tied to the chair. "The second reason is this," I said, keeping the desperation from my voice. "I can help you get to Kendra before they know you've betrayed them. Think about it: are they really going to let the two of you retire in peace, after everyone they've made you kill? No, I don't think so. After you've outlived your usefulness you'll just be another loose end, and you know how they deal with loose ends. Your story won't have a happy ending, unless you shoot Gavin right now."

"That's enough," Gavin snarled, alarmed. "Don't listen to him, kill that son of a -"

He broke off, stunned. Paul's gun was no longer pointed at me.

"You have my word," I promised. 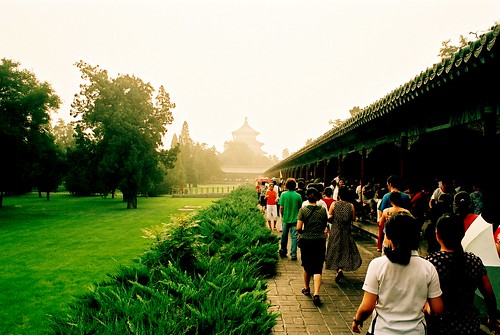 Image by parhessiastes:
Prompt suggested by Galen
Write your own story to this prompt Read 3 stories