The Fish... by Rogue Krystal

Scales glistening in the sunlight, Todd swung a cache of fish from his hand as he walked up the wharf. Their scales, blue, green, and brilliant white, shone silvery in the harsh artificial lights he passed under.

All dead. He'd caught practically an entire school that his wife would get to scale and fillet that night. They were all so identical... Like a family of all twins, like they were toys. He looked down at them and decided, as their brilliance nearly blinded against the dark, dull surroundings of concrete and discarded fishing items, that the sea was a different place. That the sea had offered him up a gift, the likes of which could never be replicated on land.

Swinging the fish again, he watched as the light played off their scales, muttering an old Eskimo prayer of thanks to the sea and for their souls, for each and every one of those fish souls, thanking them for their offering, and hoping that those old myths had some truth, and more fish like these would return to this spot one day.

Rogue Krystal (joined over 12 years ago) 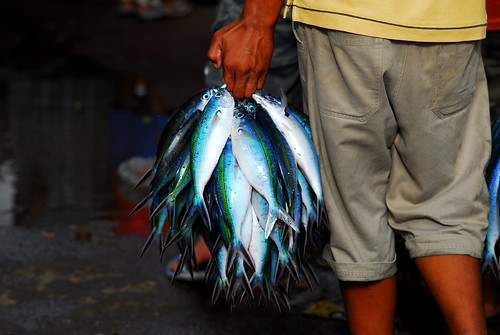