Lily was far too young for this. She wore a billowy petticoat and a large hat as she chased after Mother. Ever since Mother decided that Frank (Francois) the adventurer was her new love, she darted across Africa and the Middle East like an excitable dog chasing a rawhide.

Lily was sweating under the Egyptian sun in all her layers. She envied the Bedouin girls and their head-covering scarves. Less itchy than this hat, she thought. Late at night, when Mother and Frank kicked her out of the tent, she'd squat on the sand and look at far-off Bedouin tents and want to run away.

Mother had caught up and was kissing Frank at the entrance of some mummy tomb or another. Lily stopped abruptly and kicked at sand. 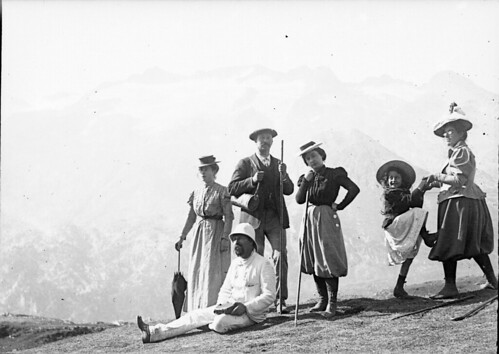