It was becoming night. Quickly, stealthly, Navy SEALS approached a haunting compound. Sand-surrounded, barbed-wire covered; its contents unkown, its inhabitants, suspected. This was do-or-die time. The code "Geronimo" was on everyone's minds. This desert, this foreign country, was their home for the past year. Now they had Presidential orders, "capture or kill," "wanted, dead or alive." It wasn't just read off of an old saloon poster. This was it. With intelligence officials watching, and waiting, the world went about its business, until five hours later, when everyone got word of the actions that occurred inside that haunted-looking building. A terror-leader dead. Americans praised. The media, overloaded. Justice? 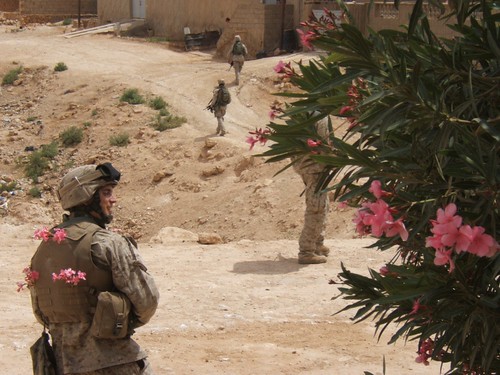 Image by James McCauley :
Prompt suggested by Galen
Write your own story to this prompt Read 8 stories