History Repeats Itself by nembow

Sarah draped a second blanket over her shoulders and cupped her hands over her mouth. She huffed on her fingers in an attempt to warm some feeling back into her frozen digits. It had only been three days since the power had been cut off, but already her apartment felt as if it had never been heated. When she had woken that morning, she had felt as if she were lying on a block of ice instead of a bed, and upon finally slipping from beneath her inadequate duvet, she had been shocked to see that frost had formed on the inside of her bedroom window and glued the voiles to the misted glass. It had reminded her of the stories her granny used to tell her.

'You young people don't know you've been born,' she would say, stirring her cup of tea, the teaspoon clinking on the rim of her bone china cup. 'You've never had a moment's real discomfort in your life. Your bellies are always full and your houses are always warm. Back in my day we didn't have double glazing and duvets and central heating. We were lucky if the windows shut and we had wood for the range. I had to sleep in the same bed as my three sisters and our ma would bundle us up in a mountain of coats and newspapers just to keep us from freezing to death in the night.'

Like most 'young people' Sarah never paid much attention to the reveries of her older relatives. Their lives were from the past, from the time before advances in technology and engineering had meant that no one really had to worry about anything other than what they wanted to do with their lives, but now that she was sitting in her freezing apartment with no job to go to and no prospect of ever finding one she knew that if she were ever lucky enough to have grandchildren she would be sure to tell them the stories of how she survived the Great Fuel Shortage of 2011 - present. 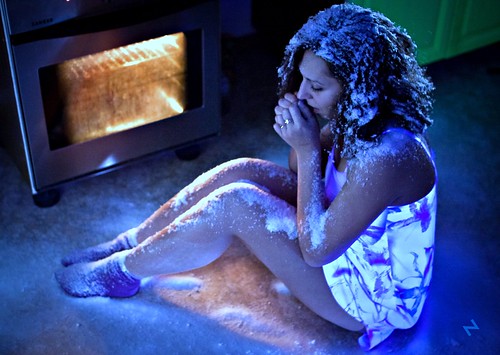