He let Sai take him anywhere. Because that's what near-siblings with the official title of co-workers did. Take each other places. Lunch, most frequently, when they were the only two at the headquarters. The two speed demons made quick work of any trip, surmounted the worst of downtown Tokyo's traffic--legality of driving up the sides of buildings could be called into question, but that was only natural to them--parked and dismounted behemoth motorcycles in Gothic Lolita and gloomy Visual Kei as if they'd just strolled through a park. Naturally, when visiting the monuments, like the Tokyo Metropolitan Government building, they parked a block or two away to walk, and meld with the salaryman daytime rush.

He'd seen this view many times now, with Sai, but it didn't become any less interesting. Sai returned to his side with two cups of something sweetened and iced that had once been black coffee, handing him one. He knew they made quite the pair, standing respectably and not making a nuisance of themselves, as youth were sometimes wanton to do. The staff had come to recognize them though, so it was enough. 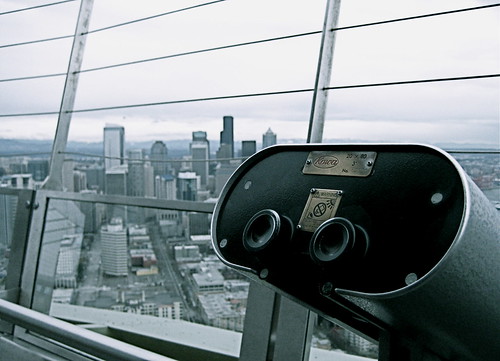