Walking in the Wilderness by rebeccaebrown

Mike had been walking for hours. Flamin' car. He knew he shouldn't have bought that old banger from Rob. The heat was belting down; it must have been at least 25 celsius. 'Hey, that's hot in Newcastle', he could hear himself saying defensively to Rob who always took holidays in Tunisia and Morocco.
The tarmac was beginning to soften and the collar on his shirt was chafing. No way he'd make that interview now. His first chance to get up the ladder in years, he'd been picturing telling Rob for ages, and now he'd blown it. Or, rather, the car had. And, obviously, his mobile had no reception. He'd be on to the network as soon as he got home. 'Better coverage than ever before', he grumbled. 'Pah'. Then he saw it. Mecca, Heaven, whatever. A payphone. He ran, well, jogged, to it, thanking his lucky stars and picturing an ice cold glass of pepsi as soon as the pickup truck delivered him home.
He picked up the receiver, then jumped up and down in frustration, screaming at the top of his parched lungs.
He only had a £20 note.

Galen over 12 years ago 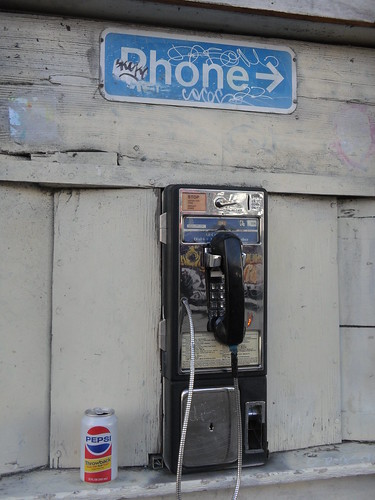