Ride out my true love by virre

The beach holds the sand of the future, that he had always been told. Now he rode beside it along with his true love, she of the long brown hair, now setup on a bun to make rideing easier, and thoose fantastic green eyes that told of emerald skies.

The familys hatred for each other was so old, as long as they lived on the island it had been first open war and then diplomatic war.

Now they know that they could not live without each other, but as they looked back they now they could not outflee the hunt. The only option was death, so they rode out in the ocean side by side. To the death of the longing Ocean that always preys on thoose that lives on the beach.

Reading this again it reminds me of Milan Kundera's take on Vertigo: "What is vertigo? Fear of falling? No, Vertigo is something other than fear of falling. It is the voice of the emptiness below us which tempts and lures us, it is the desire to fall, against which, terrified, we defend ourselves."

I think I should start using this site again

English is NOT my native language, and yet I write in it. With all the mistakes that follows. Such as I write wrong on some of the more common words there and their. Shamefully as it is , I should know the difference.

The fact that my inspiration for quick stories mostly comes while tired do not help the spelling either. 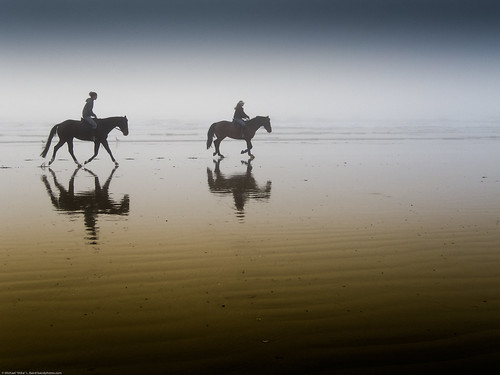 Image by Mike Baird:
Prompt suggested by Galen
Write your own story to this prompt Read 7 stories