Birds and created people by Shteevie

The bird sat on the branch, looking at the moon. There was a whole bunch of cloud closing in on the bird. "Cah," the bird said, because he was a crow.

The bird flew away and started flying around. It got bored from flying, so it perched on an airplane. Problem is the plane was operating and birdie flies into the engine. Swish! Crunch! Feathers everywhere! Blood everywhere!

I was sittin on the roof of my car. Saw the whole darn thing through my binoculars. It did not make me happy. So I pick up my phone and call Aunt Gert, who owns 98 per cent of the airplanes in Yugoslavia. I ask her if there's something she can do about stopping birds from flying into planes. "In Yugoslavia, yup," she says. "But yer in America, son."

So I pick up my spellbook and cast my Create People Out Of Stuff spell. A person rises out of the ground. His head is grass. His torso and arms are rock. His legs are mud and dead leaves and garbage and worms.

"Go destroy all airplanes in the country," says I.

"Uhhh," created man says. And off he goes. The airport is 2 minutes down the road. Created man walks in and picks up a Boeing 747 and tosses it at the wall. BOOM!!!!! Explosion. I am happy 'cause birds are living.

Just for kicks, I decided to see if I could fly too. So I get up on my car and jump. I couldn't fly. Landed on my head. Snap goes my neck. Can't feel anything now. Guess I'm a quad.

All I can do is lie there. Hours later, a police car comes up. Cop gets out. "You're under arrest for destroying airplanes," says he. "Get into the car."

The cop shoots me. Peace. Ahhhhhh

Shteevie (joined over 12 years ago) 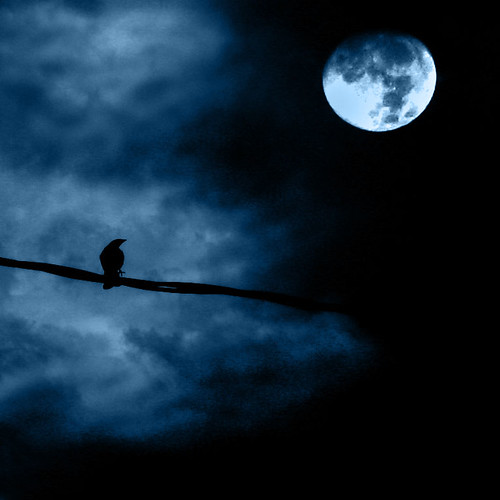