It was the most hideous thing he'd ever seen. A tiny horror. And scaly monster. But it was his. It was theirs.

He's wondered why his wife never really showed during her pregnancy. The doctor said it wasn't unheard of, and that there were instances of women who gave birth suddenly and unexpectedly, never knowing they'd been pregnant.

Still, the thought of a pregnant, skinny woman unnerved him. He worried about his wife. She was nearly 40 and had always been as skinny as you please. In fact, the same doctor had once told her she was a "bad candidate" for pregnancy, meaning it was unlikely a fertilized egg could survive and come to term in her.

Still they tried. And months later, a positive on the test.

They bought a camera for the birth, it being a miracle in their eyes and something work preserving.

She was on the table, her legs apart, he was filming in the background, the emotion of awe empowering him.

It was a horror. But it was theirs.

Ha. Not sure if this made me laugh because there was anything funny, or out of discomfort. Definitely a creep factor there. My favorite line was the same as kmh above.

Favorite line: "the thought of a pregnant, skinny woman unnerved him." It evoked an image for me and that image was unnerving to me too. I felt sympathetic with the main male character - the kernel of discomfort at the center of the happy event.

The first story I remember writing was about a man who caught a two-headed fish. He held it in his hand, marveling at it for a while, and then he noticed that it had another hook in it's mouth. Somebody else had caught it and let it go. So he carefully removed his hook and set it free.

I don't know how old I was when I wrote that, but I'm still trying to write a better story. 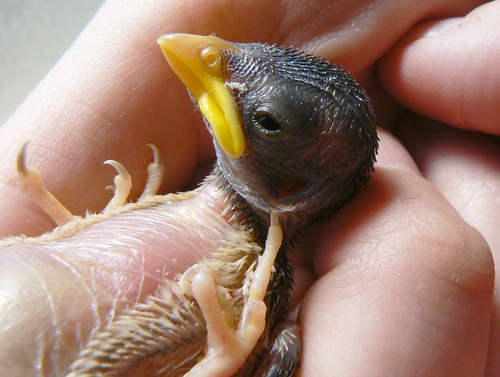