Staring at a New Reflection by Jayden Nicole

He stared at his reflection in the water for a long moment. He studied his eyes (the same dark brown that they had always been), the breeze rustling his sandy blond hair, the chisled, strong shape of his face. As he stared, trying to make sense of who was really staring back at him out of those deep brown eyes, the face began to change. The water that moments before had acted as his mirror now rippled and swirled, captivating his attention. He watched as the water changed his reflection to appear not as a young man with brown eyes and sandy blond hair, but as the rainbowed silloette of a man with a strong, feature-less face. He stopped staring and tossed a rock into the water. Nothing made sense anymore. His own relfection didn't know who he was.

Jayden Nicole (joined over 10 years ago)

I have a passion for art and an overactive imagination. 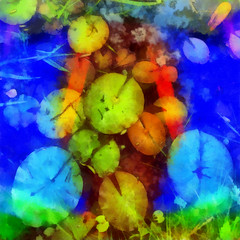 Image by Rookuzz:
Prompt suggested by Galen
Write your own story to this prompt Read 5 stories