I was not interested in the small poster in his hand. My eyes were on his face. He was the one I had been searching for. Member of that cult, the one that took my daughter away from me. He might have just been an innocent new recruit like she had been all those years ago but the hatred in my heart didn't care. He represented evil and someone had to pay.

I walked over and pretended to be interested in what he had to offer. He explained the organisation would give me peace of mind if I signed up for a course or donated towards the cause.

I asked him to step aside, go somewhere quieter as we were surrounded by a large group of foreign tourists all talking at once.

He looked hopefully at me, perhaps it was rare to find someone like me, so interested in his conversation. He was like a lamb to the slaughter.

Afterwards, I tried covering him up. That was when the wallet fell out and I recognised the photo of my daughter with him holding a baby. 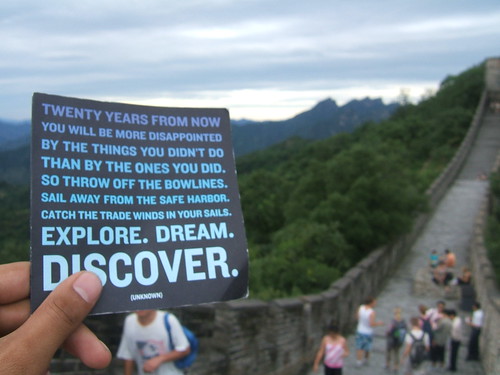 Image by Satbir Singh:
Prompt suggested by Galen
Write your own story to this prompt Read 7 stories