I swallowed and stared at the three directors sitting behind the log wooden table. One of them wore a black cap and had his ear pierced. The middle one was tall with pin straight black hair and a choker necklace strapped across her neck. The third and final director wore a backwards baseball cap and a loose button down with jeans. The first two stared at me, one with a look of pity and the other with a look of annoyance. I guess that's my cue.
"Well thank you so much again." I said, picking up my brown across the shoulder bag from the edge of the stage. "It was nice to meet--"
"We'll be in touch" The center director stated before looking down at the desk to shuffle some already shuffled papers.
As i was walking out the side stage door after collecting myself in the bathroom, my arm was grabbed and i was yanked away from the door.
"That's an emergency exit." It was the last director. He was young, probably low 20s like me, and up close i could see his freckles and creamy brown eyes. "Unless you want an alarm to be why we remember you, I would go out that door." He pointed down the hallway. 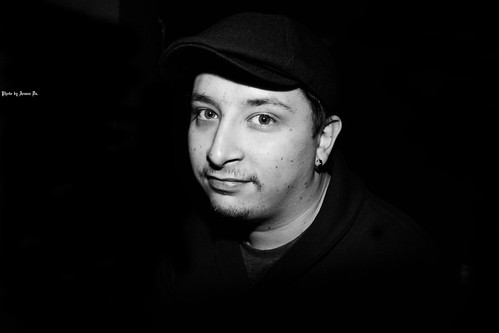 Image by Arman Dz.:
Write your own story to this prompt Read 1 stories