From the edge of a hole in the ground, lying on his side in a pool of his own blood, Jim looked around for his arm.

Eventually his glazed eyes drifted down the side of the pit, down to the bottom, where a mess of body parts mixed together like a good gumbo.

"Is that my arm?" Jim thought about thinking.

His ears rang, buzzed, sounded like being tumbled in a wave, with the adrenaline rush of wondering if you'll break the surface or if this is it.

He looked to the tree nearby, to wear a squirrel was peeking from behind a knob. The squirrel seemed to be fixing something. A small pink dress it had bought off the rack at Bloomingdales. It moved to a branch and stood tall, it's hands and feet in third position. It twirled. And then began to sing.

Jim cracked a smile. He strained to hear the song. He could see the mouth moving, could feel there was a gap in his experience. He leaned forward, and then his arm sparked and he felt pain. Immediately his hearing cleared.

He looked for the squirrel but it was gone.

Its song, he could not hear.

But he could hear a prayer. In three languages. He heard Spanish. He knew that. And English. And what was that? Arabic. Yes.

Glad to have this back online for the decade anniversary. 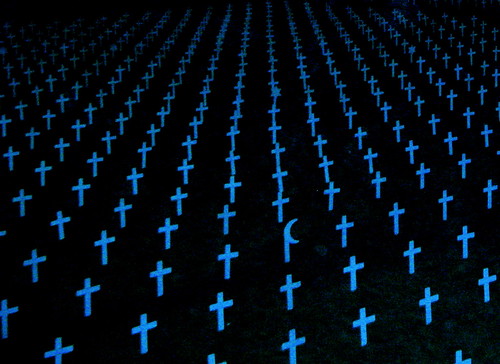