It was rather like being a ghost. Vicarious snooping. A social media haunting (stalking?). The only way to keep in touch with the untouchable children, who were no longer part of life. Maybe, the FaceBook groups should have been diplomatically UNLIKEd, given that they were only there because of previous parental responsibilities. Or the Messenger App blocked, due to ocassional earthquake requests, unsettling and unfooting in their simple, direct, but untimely demands.

Finding out a once was daughter has the lead in her drama group's next production, via accidental browsing of a stream. Realising another was home from university, only by cursery commentary on a thread. Ambushing text on a Chrome Tab. Not nice notifications. Electronic whispers in the ear. 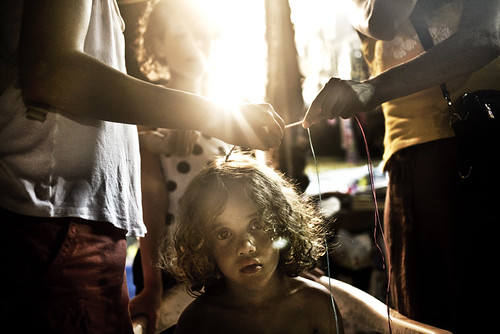 Image by Cia de Foto:
Prompt suggested by Galen
Write your own story to this prompt Read 6 stories