For his 80th birthday he had decided to go on a vacation he had never been to before. He packed his bag with only informal stuff and his favorite hat and sunglasses. He had been dressing up for formal suits for meetings and corporate parties all his life as he could remember. Now at his 80, he wanted to break the rules a little. Go on a trip to remember; in a tropical place as he would feel.. Europe was as tropical as it could get for him. Coffee on small tables by the side walk; pizza by the slice and some wine by the bistro. He was tired of working and thinking the future when he could not live alone as he wished. He could have all he wanted but the privacy of being no one. As this new era of his life was starting,

aysegul.kuyumcu (joined about 1 year ago) 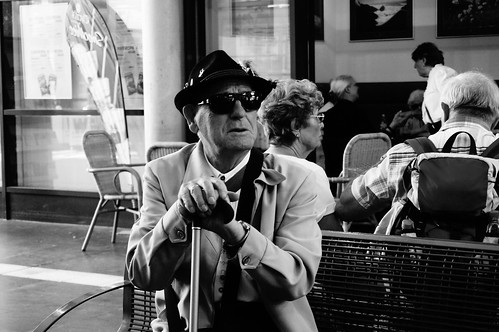 Image by michael speigl:
Write your own story to this prompt Read 2 stories