He stood inside the pen, staring out at the approaching truck warily. It was a large vehicle, blood red with a black stripe down the center and dust billowing out behind it as it drove down the dirt road. Slowly, the truck came to park outside of the house and the driver's side door opened.

There came a grunt as a black wheelchair was pulled out and onto the ground. The dog's tail immediately began to wag as he saw the sandy-haired man open the chair, then plop a cushion into the seat. Another grunt and the broad-shouldered man was...

"Someone left the goddammed gate open again, and the dog took off," my father yelled from the backyard.

Me and Bill were in the back shed smoking a crooked hash joint. When he started yelling, Bill panicked and dropped it, and then crushed it under his foot. But he didn't realize he wasn't wearing any shoes. He screamed as the cherry burnt into his sole.

I swallowed hard and waited for the inevitable.

Four deep breaths later, the door swung open on rusty hinges and my dad stood there, Taking up the whole of the doorway, blocking out the sun....

He was obviously part of the mob.

If you didn't know the mob like Claudia did, you would have said that was a foolish statement. You would have looked down and not seen a mid-level member of the criminal organisation that secretly ran more than four-fifths of the city.

You would have seen a dog.

You saw the stance, the attitude, the carefully positioned...

Not that he could fell it, but judging from the way he staggered with every few steps, his legs hadn't healed completely. It was likely he was setting himself up to trip and collapse again, unable to move, but he knew he couldn't stay any longer. He tried to make his steps as steady as possible, but with no percerption of how much weight he was applying, he was at a loss to gauge if he was accomplishing much, and in the back of his mind simply waited for the tell-tale crack of bones re-fracturing, and plummet into the grass....

This Will Not Stand by the-arraignment

They think they can just buy me off.

They think that a lifetime's supply of biscuits and chew-toys is enough to purchase my silence. But they are wrong. I am the victim here, a victim of horrible negligence and criminal stupidity.

The researchers in the lab that day were operating sensitive equipment while violating the clearly defined safety procedures. My lawyer assures me that if we take my case to court, they'll be ruined. And that's just what's going to happen; I'm going to make them pay for what they did to me.

It boggles my small(er) mind; why would...

At first it was the normal crazy things. Kill the president. Kill Madonna. Kill that guy who sells ice cream cones for 2 bucks down the street.

Really. Where was a 10 year old going to get 2 bucks for ice cream? The lemonade stand only earned him seventy five cents. And a bluegreen ball of yarn from Mrs. Patacki.

He managed to ignore the dog. Puppy voices were... 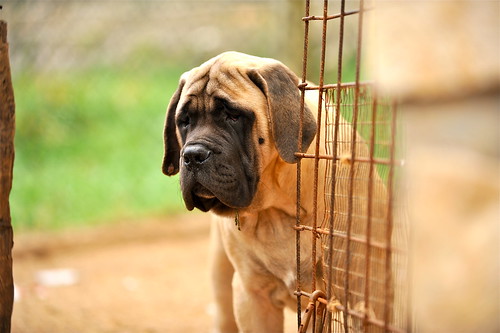 Image by Claudio Gennari:
Prompt suggested by Galen
Write your own story to this prompt Read 8 stories
Originally displayed on:
December 09, 2010