So long, sweet summer. by NYgirlLovesCA

She couldn't go outside very often, but when she did, it made her feel like the cancer wasn't as bad as it was the day before. It was summer; Lea had to go outside in her almost hospital-like pajamas; sanitary and sterile for her safety. Her mom sat on their apartment stoop as she watched Lea splash in the Manhattan fire hydrant. The trees looked dead around her still, and made her worry about Lea; her only daughter, at 12 she was already dying. Terminal illness doesn't warn you when it's taking over; it's not like the President declaring war on a foreign country whose name we've never heard of. A thing like cancer comes at night while you're sleeping, through the bedroom door, and in this case, straight through to Lea's lungs. Lea's mom let her stay outside for almost an hour; it seemed like a year, and she remembered her 8th birthday when they went to Broadway to see the Lion King, and that by her 13th birthday, she would hopefully not have to visit her baby in a mausoleum, running her fingers over a granite wall reading "Lea Montrose, 1995 - 2007"

Gone Awry about 11 years ago

Awwww! so sweet. my grandmother had breast cancer. i know what it's like to have a family member going through that. actually, i've had 3.

I wish I'd seen your comment sooner - I'm glad you liked my story, and sorry to hear about your family members. 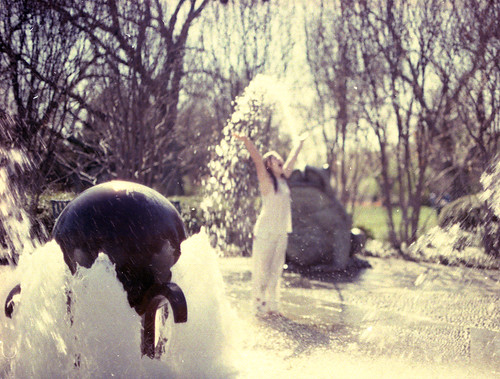 Image by Aka Hige:
Prompt suggested by NYgirlLovesCA
Write your own story to this prompt Read 3 stories