Once he had left it because absolutely clear that I missed him. Before he had left it wasnt so clear. Not at all. In fact, I had fully expected to breathe a sigh of relief once the door closed and I never had to look at his face again. Once it actually happened it was different. Much different.

It made no sence. Well, maybe it did. I had never been very nice. To him, I mean. The times I had snapped could be counted on my fingers. One two three four five six...

He hadn't left any of those times. Only when I told him too. That's when he'd left. And when he did leave, he didnt say anything, kinda like he knew it was going to happen.

And I expected to be happy. Really really happy.

I think that it didnt fully click that he was gone until I'd retraced my steps, the ones I'd taken with him, and ventured to the small zoo down the road. They'd never had much. Just a few lonly turtles and a big feild filled with horses.

The last time we'd gone together he'd pointed to the biggest most majestic horse and said look a unicorn and I'd called him stupid because I couldnt see it.

But after he left I saw it. I went back and I saw the unicorn. And that's when my heart broke.

Not because it was beautiful or majestic. But simply because I'd figured out that the person who could see unicorns was able to see other things too. Like how through all my finger counting snaps he still loved me.

And when I saw that unicorn I figured out the same thing.

The only difference was that I'd seen the unicorn too late. 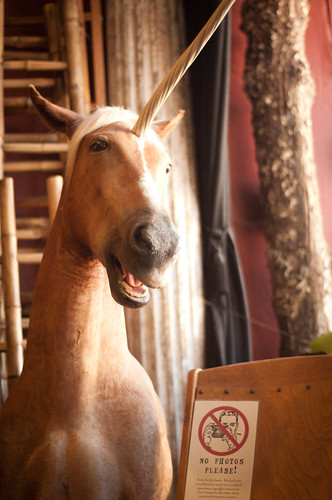