"Just enough of the subject's face had been blurred so we couldn't discern their identity. Another one of the Foundation's pieces of work, no doubt.

"It was just too much. Too many people had turned in photos like this. The same damn camera, and the same damn style. Always in the middle of nowhere, with one person fearing for their life, as if the camera itself were the entity attacking.

"There were other varying problems with this one, that the other pictures did not display. This subject's head was turned down, where the others always looked to be in a kneeling position, as if beaten to their knees, submitting.

"Was this woman more defiant than the others? We would never know. It was just the way it went. There was never any evidence left behind, other than the photos we got. But... Wait.

"In the farthest reaches of this picture... Was that... No... It couldn't be. But, clear as day now... It was. It IS. This must be reported. It can't have escaped, otherwise we would be on containment breach alert Alpha..."

The creature loomed in the shadows of the forest, oozing what was left of the hydrochloric acid from its pores. Its teeth were at the ready, for new pre

It does not matter
what I was.
It is of no consequence
because-
I am not a "was"
a "were"
a "has been".
I am a "here"
a "now",
I exist in the "present".
All that matters is
here and now.
All that matters is
you know, somehow.
Not who I was,
or could have been,
That I am now
is what I offer Man.
-WindyWolf 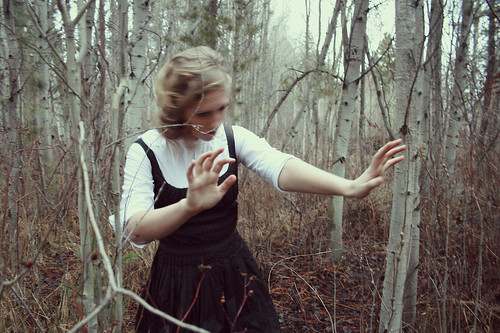 Image by Hillary Boles:
Prompt suggested by Galen
Write your own story to this prompt Read 11 stories