A Day at the Track by CaitrionaW

There was pandemonium at the track. Not the racetrack, not the dog track, not even at the running stadium. Nope. It was down on the railroad tracks.
The train driver had spotted a dog on the track and, being an animal lover - a lover of animals, that is, he applied the brakes a bit too sharply. This resulted in the slight derailment of the engine and most of the carriages.
People were quick to disembark and it appeared that there had been no fatalities and only one or two casualties. People wandered around aimlessly searching for the dog that the driver insisted had been on the rails. He even went out and marked the spot where he last saw the dog with a large X. But the passengers turned their back on it. They walked away 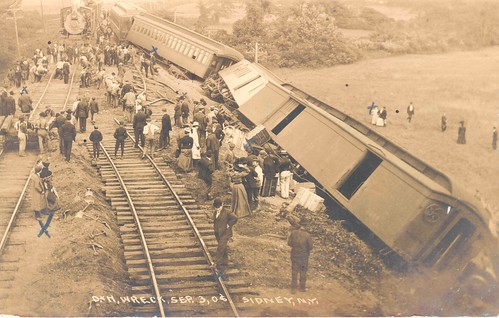