Tale of the Unexpected by Anglea

When I took the photo it was still light. Tom threw his arms around me and twirled us both around, our shrieks and laughter echoed on the mountain. Ten minutes later he was dead. Torn to pieces by an unexpected pack of hungry wolves. None of them touched me. They circled, growling but left me alone. Even when I ran to the trees and attempted to climb, slipping back down the icy bark. Ignoring screams, snowballs I managed to throw. Dragging Tom's body away they left me alone to my grief, shock, sorrow, disbelief and paralysing fear. 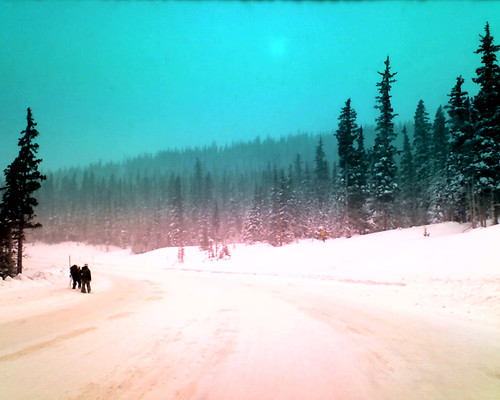 Image by gregor_y:
Prompt suggested by NYgirlLovesCA
Write your own story to this prompt Read 10 stories