Walking in the woods at this hour was not a good idea, he told to himself. It was dead silent with only the wind whispering between the trees. It was very dark with an eerie purple night sky. Then the sky exploded.
He had never seen a lightning in the colors of the rainbow. Such a thing did not exist. Lightnings also moved much faster, blink and you will miss it. This one moved from west, towards of him, like a highway in the sky made from light unfolding right before him. The lightning touched the ground a few meters in front of him. Dipped into the soil, and waited there. It called his name: "Nathan, approach..."

alpaye (joined over 1 year ago) 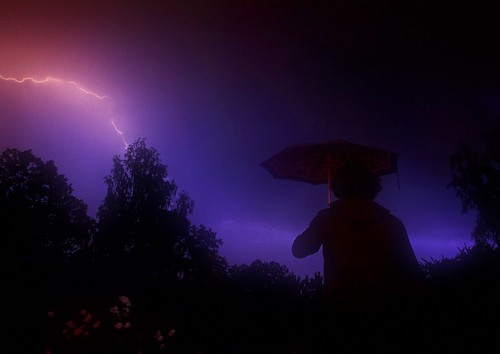 Image by manfred majer:
Write your own story to this prompt Read 1 stories